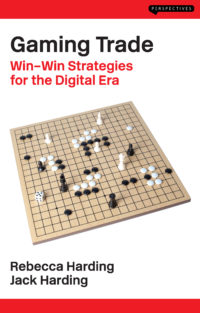 By Rebecca Harding and Jack Harding

Trade is no longer just the ships, planes and lorries that move the goods we buy around the world or the services we consume either physically or digitally. While trade still plays a fundamental role in achieving economic targets and promoting growth, it is also, in the modern era, an instrument of state strategy in the contest for international influence and power.

With powerful states increasingly reluctant to engage one another through conventional military means, questions about how to build power and protect national interests arise. Today, influence and power are not achieved solely through hard, soft or sharp power, but also through a state’s ability to operate at the intersection of all three. This ‘all means’ approach to power politics is characterized by a blending of conventional military force with other means, such as cyber- and information warfare, and, increasingly, through trade.

Trade is the delivery mechanism through which technology is transferred and, as such, it has become a proxy in the global struggle for power and hegemony. This book examines the US, Chinese and Russian approaches to ‘strategic trade’ and argues that Europe must adapt or lose out. The authors call on world leaders and international organizations to stop focusing on what drives their own power and to look instead at the root causes of populism – unregulated technology, inequality, disadvantage and environmental destruction – to ensure that multilateralism survives and that a return to the mutually beneficial aspects of trade can be realized.

Rebecca Harding is a leading independent trade economist and commentator, and CEO of Coriolis Technologies Ltd. She was formerly chief economist of the British Bankers’ Association and a senior fellow at London Business School. She is a member of the World Trade Board.

Jack Harding is the head of political risk at Coriolis Technologies. He is based at Glasgow University, where he is writing up his PhD in European security issues. He holds an MA in Intelligence and International Security from King’s College London and was awarded the Barrie Paskins Award for Best MA Dissertation.

This entry was posted in books, perspectives. Bookmark the permalink.